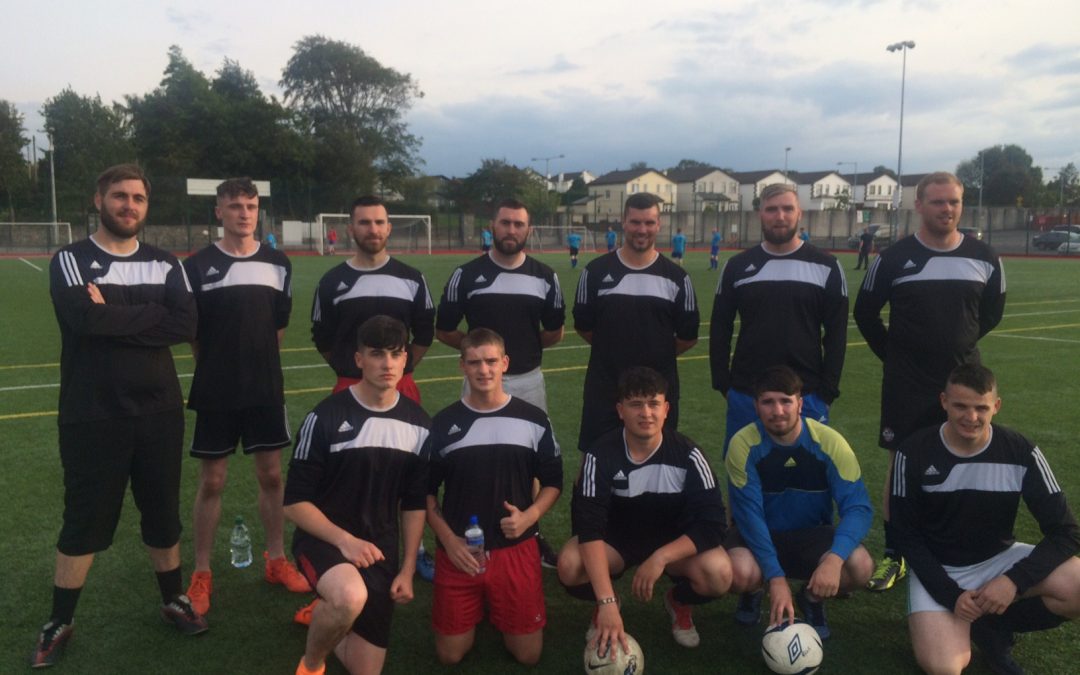 On a beautiful evening(Mon July 15th) at the Showgrounds it was An Garda Síochána who emerged victorious in the 3rd annual Martin Mongan Memorial Shield match against their opponents from the Sligo Traveller Support Group (STSG). It was the Garda team who lead by 2-0 at half time although STSG had created a number of clear cut chances. In the second half STSG pulled one goal back but they were to regret their earlier misses as the Garda team scored 3 goals in quick succession to leave the final score 5-1. The final result was harsh on STSG who should have scored more but it was a well deserved victory for An Garda Síochána who reclaimed the Martin Mongan Memorial Shield. Jamie Murphy for the Sligo Traveller Support Group said “Although the result didnt go our way this year it was a very enjoyable game for both teams. The most important part of the evening was to remember Martin who did such valuable work in the community. It was also great to raise much needed funds for Northwest STOP and their work in suicide prevention and promoting positive mental health. You can find out more about the work of Northwest STOP and their services on their website. They are available to support anyone who may be experiencing any kind of difficulties with their mental health. Their service is free of charge.  https://www.northweststop.ie/