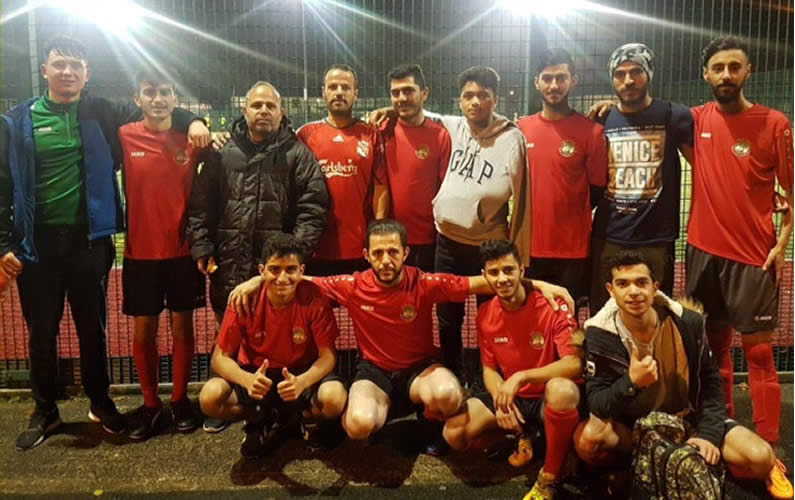 On Wednesday November 14th at the Sligo Rovers astro players from Sligo Traveller Support Group (STSG), Globe House and some of the Syrian refugees based at the EROC centre in Ballaghaderreen met to play a football match at a cold and windy Showgrounds.

The match was organised in partnership between STSG, Globe House, and EROC Ballaghaderreen and was hosted to bring people together from different cultural and ethnic backgrounds through the universal language of sport.

Player of the match was Charlie Ward who had a huge impact on the game including a fantastic solo goal.  Jamie Murphy, Men’s Development Worker with Sligo Traveller Support Group said, “We were delighted to host the game and its been part of a series of games we have helped organise over the past year. Its important that communities build positive relationships and football is a great way to do that. Travellers know only too well the negative impact of discrimination so its important we make new communities in Ireland feel as welcome as possible”.

We would lke to thank Sajjad from Ballaghaderreen and James from Globe House for making the game happen.